Will Duncan Gay be the next chair of the NHVR? 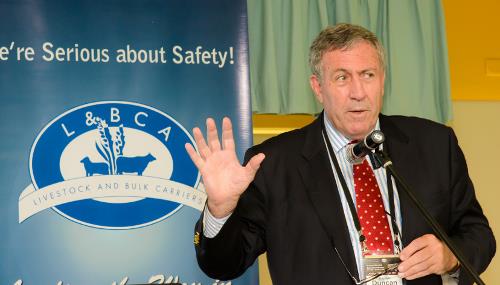 The Daily Telegraph revealed that Duncan met with NSW Roads Minister Melinda Pavey in May to discuss appointing him as the chair of the NHVR.

This was confirmed by the LBRCA this morning with a spokesperson for Minister Pavey stating “The Minister supports Duncan Gay being appointed to the NHVR board given his extensive experience in the industry.”

Duncan also allegedly has the support of the Federal Transport Minister Michael McCormack who has put him forward as the Commonwealth’s nomination for the role.

In responding to this news, Duncan said “if the opportunity to be Chair of the NHVR arose, I would seek guidance from the Ethics Advisor or relevant bodies to ensure there are no conflicts of interest.”

It does seem that our former NSW Roads Minister is keen to take on the top job should there be no road blocks in his way. We will keep a close eye on any movements in this area.